“I propose to fight it out on this line, if it takes all summer.”

The Army of the Potomac was once again making its annual push “on to Richmond”. The same ground of Chancellorsville stood to drink the fallen heroes’ blood. Robert E. Lee still waited, determined to beat back the Federal foes. What would make this time any different than the previous attempts?

Two months earlier Lincoln promoted a man to lieutenant general, a rank not held since George Washington. This man had been unsuccessful in almost everything he tried; farmer, clerk, bill collector, real estate, selling wood, all were failures. It was only until he tried his hand at modern war did Ulysses S. Grant succeed. Now in May 1864 Grant would accompany the Army of the Potomac on a mission to finally end the bloody conflict that had started three years before. For the first time the Union army would march south, fight, and instead of retreating, continue onward. Finally the North had an opponent worthy of General Lee.

Last weekend Addie, Mason, and I went to a reenactment commemorating the 150th anniversary of the Battle of the Wilderness. This was the first time General Grant and Lee faced each other in battle. For three days 101,895 Union and 61,025 Confederates engaged in intense combat in a tangled, thick, brush-choked area of land fittingly known as “the Wilderness”.

The reenactment was held in the same place as Chancellorsville was last year. On Friday we were able to visit the Chancellorsville, Wilderness, and Spotsylvania battlefields again. We also met up with our friends from the Mumford reenactment and Addie and Mason had a great time playing with the kids. I was worried that we might get cold, but Virginia is much warmer than New York! All-in-all it was the perfect start to the reenacting season! 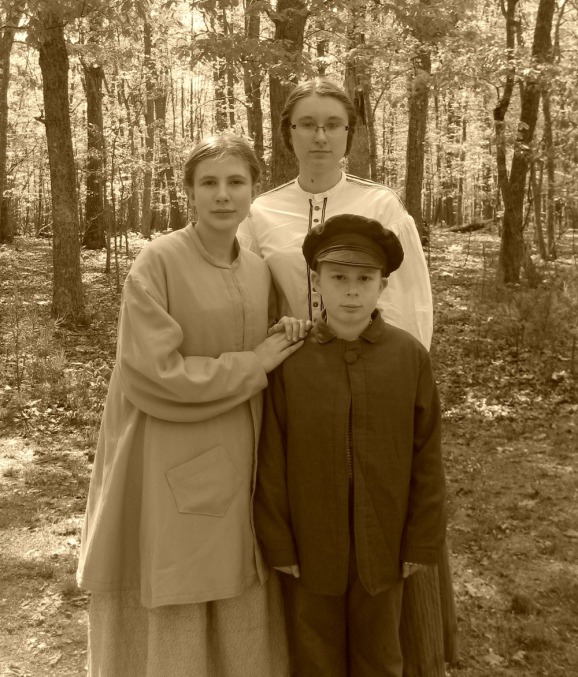 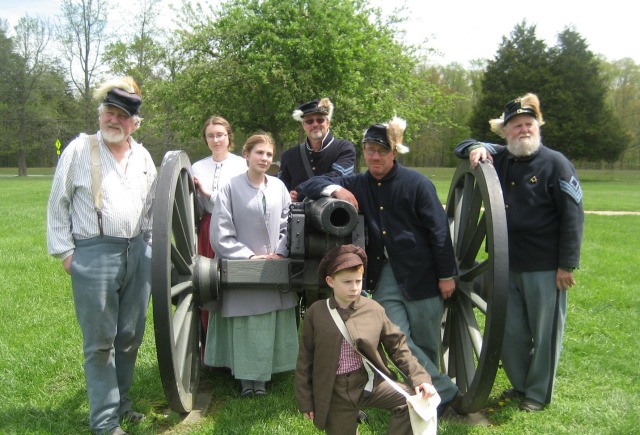 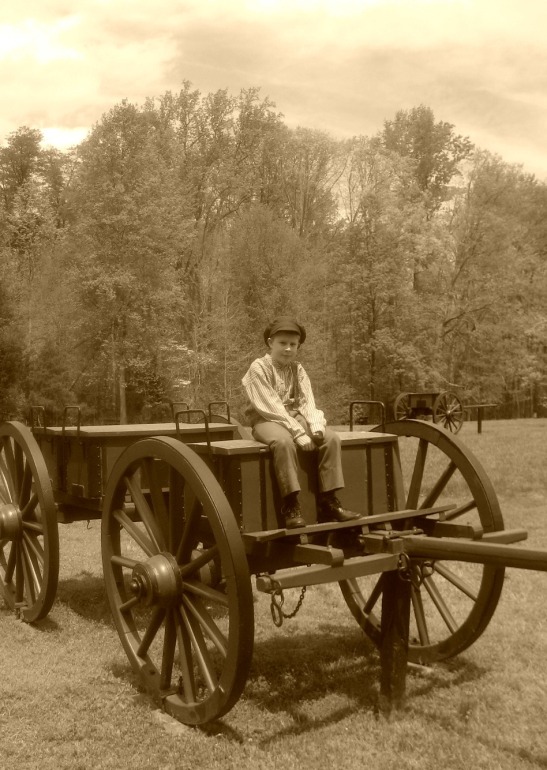 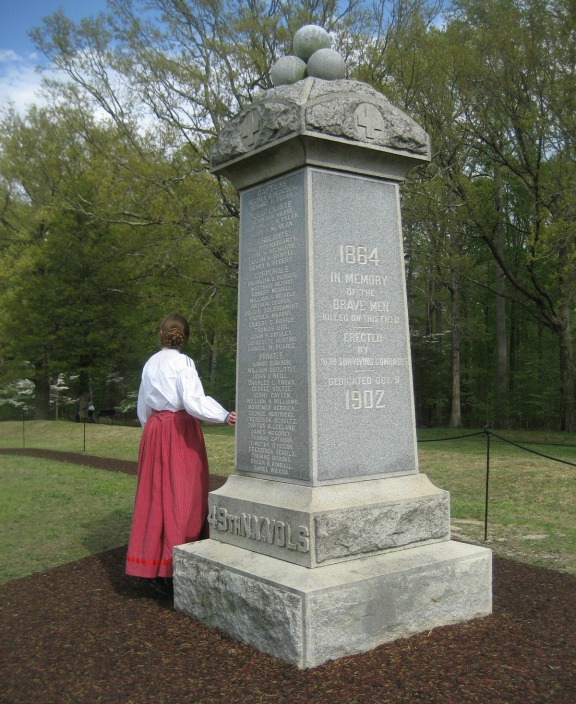 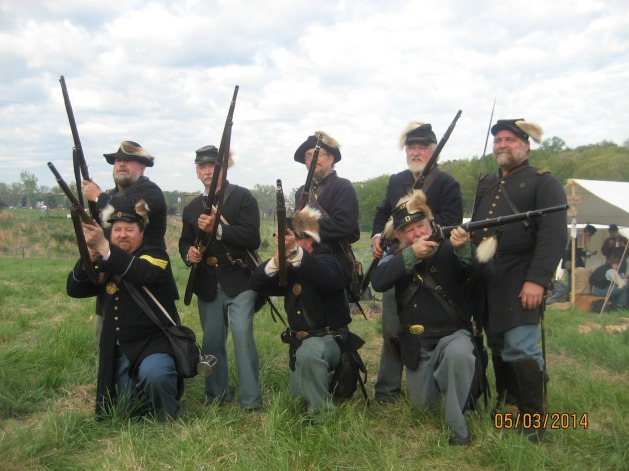 2 thoughts on “150th Battle of the Wilderness”

Thank you for teaching me how to trust again, for creating such a safe and accepting space that when everything else was overwhelming, I knew I could go to you. Thank you for always supporting me, cheering me on and believing in me even more than I believe in myself. Thank you for taking me seriously, never downplaying my feelings or my pain. Thank you for your strong comfort, chasing away the monsters and wrapping me in your protective hugs. Thank you for your prayers, that I know you gave long before you ever were able to call me yours. Thank you for how hard you work for us, for our relationship, and for our future. But most importantly, thank you for being you, because you are absolutely incredible my darling. I love you David, today and every day.
I already miss you like crazy sweetheart. Thank you for such a lovely visit! ❤
I started to put together a photo review of 2019, but I quickly gave up. I could show you photos of things I did and places I went but the impression they'd give would be misleading. They'd show the good times, but not the best times. They'd show the frustrating times, but certainly not the worst. The truth is I don't have a photo to represent finally leaving the abusive relationship I was in and getting my freedom back. I don't have a photo of the flashbacks I still have and the nightmares that make me wake up crying. I don't have a photo of me flinging my arms around @dpquivey when he drove all the way from Virginia to surprise me, and although you can see it in my eyes, you can't physically capture on camera the joy that is in my life now because of him. I don't have a photo of the physical pain in my body I carry around every day or one sitting in the doctor's parking lot after she told me there's nothing she can do. I don't have a photo of the tears we cried at Grandpa's funeral or how everyone knew to wear red without being told. I don't have a photo of the disbelief and elation when Grandma told me she would sell me my house. I don't have a photo of Mom and Dad praying for me, although I know they both do. I don't even have a photo of all the friends who have supported and encouraged me throughout the year. What I do have, is a heart full of gratitude for the inordinate blessings, provisions, and protections that have come into my life in the year 2019. The older I get, the more I realize how life is a thorough mixture of good times and hard times, pleasure and pain. My prayer for you in this new year is that, through it all, you will still be able to see what I have unshakably come to believe: as surely as the morning comes, the Lord is faithful.
Today I went and signed the official papers on this house. I still can barely believe that it happened. I've been working on getting it fixed up for the past 2 1/2 months and even as I've been sanding, scrubbing, painting, and working until 10:30 at night on it still hasn't felt real. I thought maybe once we signed it would begin to sink in, but now I'm beginning to wonder if it even will once I move in. I owe so much to my parents, my Grandma, Granny and Granddad, and my amazing boyfriend David. Without their assistance and support I would never have been able to take this step. It doesn't escape me what a unique blessing it is for a person of my age and situation to be able to purchase a house. Not everyone gets an opportunity like this and I've found myself questioning why it's been given to me. I don't know the answer, all I know is that I fervently pray this house can not only be my own blessing, but a blessing to all those around me as well. That it will be filled with the love of Christ, that it will be a place of peace, and that no matter who walks through the door it will feel like home ❤
Back to top
%d bloggers like this: