So, Emily Ann tagged me for the Sunflower Blogger Award,*cough*, 2 and a half months ago. Oops. But since I know what a lovely friend Em is I think she’ll forgive me and let me still participate. I have to tell 11 random things about myself, answer Emily’s 11 questions, write 11 questions of my own, and then tag other bloggers to enter. Feel free to comment and answer the questions yourself. Also, you can check out Emily’s Sunflower Award post here.

11 Random Things About Myself

1. I am a huge klutz. Seriously. I’ve broken both of my little toes several times simply from stubbing them, I’m constantly running into things, and I have over 10 scars just on my arms and hands!

2. I hate shopping. I’m not a very decisive person so I have trouble choosing. I also have vertigo so stores can make me dizzy. I do enjoy book shopping though!

3. I’m considering not having a TV when I grow up . For one thing, I would like to live without electricity for at least a year (Yup, I really just said I want to live without electricity for a year. Actually, I would like to do it longer, but I tell my family only a year so that don’t think I’m totally nuts.) I also think the time spent watching television could be more wisely used somewhere else (like reading books 🙂 ).

4. I really don’t like frogs. I used to be terrified of them when I was younger and would run away screaming from them. Now it’s a more mild dislike, but  I still don’t want to hold one. Bugs and snakes are totally fine though!

5. When I went to public school from kindergarten to 4th grade I brought a peanut butter and cheese sandwich for lunch every. single. day.

6. One of my passions/hobbies is archery. One of my favorite activities in the winter is to snowshoe to my cousins’ house and shoot my bow (they have a better target than we do).

7. My hands and feet are always cold. It could be 80 degrees out and my feet would still be cold. The worst part is my mom and I have this weird thing when our hands get cold it aches all up our arms into our shoulder blades. My sweet siblings even bought me a box of hand and toe warmers for Christmas, and they’ve proved essential when snowshoeing and sledding. I console myself with the maxim, “cold hands, warm heart” 🙂 .

8. My two favorite words are “verdant” and “indelible”. I just think they sound so poetical, and I love the mental picture they conjure.

9. I’ve taught several college classes. I have a good friend (he’s like another grandfather to me) who was a history professor at Fredonia. Once he had me come in with my cousin and explain about our farm, and then another time I did a Civil War skit with my friend Jefferson. I’ve also talked at Canisius about progressive dairy farming to two animal behavior classes. I had to laugh when one student asked, “Um, just how old are you?” I think I was 15 or 16 at the time :).

10. I’ve been on a huge non-fiction book binge. It began when I started reenacting three years ago and hasn’t stopped yet. In the past three years I think the only fiction books I’ve read were for the Classics Club (which I know has been grievously neglected recently).

11. My whole life revolves around tents. When I was little Dad and I had a “camp in” where we roasted marshmallows on the stove burner and then he slept on a cot while I slept in a little pop-up tent. After the camp in I didn’t want to stop sleeping in the tent! Mom and Dad, being the kind and nurturing parents that they are, let me keep sleeping in it (actually they were just relieved that I was no longer sleeping on a mattress in their bedroom. Hey, I was an only child back then). Well, I slept in that tent until I literally outgrew it; my legs were so long they stuck out of the tent!

Mom and Dad bought me a brand new “big girl bed” but I wouldn’t sleep in it until they got a pink Barbie tent that went over the bed. The Barbie tent lasted for quite a while until I got the flu, and, to put it delicately, the Barbie tent was sadly ruined. I was tentless for several years, but contented myself with building epic blanket forts.

The tent fetish continued when I received a tent from my aunt for Christmas that I used while backpacking, then I bought my reenacting tent in 2012. The latest addition is a new Big Agnes Copper Spur UL2 backpacking tent. I just used it this weekend while backpacking and it worked great! (Review to come soon.)

If it’s cold out then definitely hot chocolate. Since I don’t care for tea or coffee it’s one of the only warm beverages I drink. There’s nothing better than coming in from a January blizzard to a cup of hot chocolate and Ritz crackers! If it’s hot out I’d much prefer plain water, lemonade just seems to make me more thirsty.

This question is unfair! Asking a bookworm to choose her favorite book is like asking a mother to choose her favorite child! Hmm… The Scarlet Pimpernel by Baroness Emmuska Orczy, Island of the Blue Dolphins by Scott O’Dell, The Story of the Treasure Seekers by Edith Nesbit, Mara, Daughter of the Nile by Eloise Jarvis McGraw, The Chronicles of Narnia by C.S. Lewis (technically a series of 7 books, but I’m counting it as one), The Cambridge Book of Poetry and Song compiled by Charlotte Fiske, The Princess Bride by William Goldman, Pride and Prejudice by Jane Austen, Redwall by Brian Jacques, Mandy by Julie Andrews Edwards, Inkheart by Cornelia Funke, The Hobbit by J.R.R. Tolkien,  The Traveler’s Gift by Andy Andrews, oh wait you said three  not thirty. Better stop now.

Oh boy, this is going to be even harder than #2, I’ll attempt to restrain myself. Team of Rivals by Doris Kearns Goodwin, Battle Cry of Freedom by James McPherson, Camping and Wilderness Survival by Paul Tawrell, Patterns of Fashion by Janet Arnold, The Story of a Common Soldier, Of Army Life in the Civil War by Leander Stillwell, Hardtack and Coffee by John Billings, By Ox Team to California by Lavinia Honeyman Porter, and Company Aytch by Sam R. Watkins.

4. One of your favorite movie quotes?

“As you wish.” from Westley in The Princess Bride. (So many good quotes in that movie!)

5. One of your favorite writing quotes?

You mean quotes about writing? I like the advice C.S. Lewis gives aspiring authors,

“Don’t use adjectives which merely tell us how you want us to feel about the things you are describing. I mean, instead of telling us a thing was “terrible,” describe it so that we’ll be terrified. Don’t say it was “delightful”; make us say “delightful” when we’ve read the description. You see, all those words (horrifying, wonderful, hideous, exquisite) are only like saying to your readers, “Please, will you do my job for me?”

“Don’t use words too big for the subject. Don’t say “infinitely” when you mean “very”; otherwise you’ll have no word left when you want to talk about something really infinite.”

I’m a decided dog person, which is kind of funny since we have quite a few cats on our farm and no dog. If I did have a  dog I would want him somewhat largish and of the Heinz 47 variety. There is one cat that I dearly love. Her name is Shadow, and she is the sweetest, friendliest feline you’ll ever meet. She also follows you everywhere, hence the name.

At the very least country, but probably even more rural, like deep in the mountains down a long dirt road. I don’t think I’d ever like living in town, and I’d probably go crazy in a city. I love having enough room to run around with fields, creeks, and woods to play in. Places with houses close together just seem claustrophobic to me.

This might look like I’m just digging for brownie points, but Emily’s post I’m Surrounded by Comedians was hilarious. Go and read it, but don’t drink anything while you do unless you want it to come out your nose!

To be perfectly candid, up until recently I was horribly picky and unwilling to try new things. Obviously as I’ve gotten older I’ve matured, and my visit with Aunt Carol really broadened my horizons. Probably the “weirdest” things I’ve eaten are rattlesnake, goose liver Pâté, and injera.

10. Are you a writer? If so, what are you working on at the moment?

Well I write this blog, don’t I? So I suppose I’m a writer 🙂 Next on my list is a poem about flowers and a letter to a friend written in July 1863.

11. Longest road trip you’ve ever been on?

Driving to Florida, straight through, with 8 other people!

My Questions (Anyone feel free to answer these!)

1. I’m known as something of a pack rat. When I was little I used to keep expired coupons and magazine subscription renewal cards in plastic shopping bags and call them my “special papers”. As I got older my hoarding changed to pretty rocks that I stored in several large buckets. Now I collect books on a rather large scale (somewhere around 700 in my room alone, I think). What is something you’ve collected over the years?

2. Everybody has dreams. Some of mine have become a reality (like being a reenactor or flying in an airplane), some are going to be very difficult (like thru-hiking the Appalachian Trail), some are God-given (like going on a missions trip), and some are just kind of funny (I’ve always dreamed of being carried over the threshold on my wedding day 😀 ). What is one dream, whether big or little, that you’ve had?

3. I love poetry, especially the rhyming, sentimental 19th century kind. A few that I especially enjoy are Mortality by William Knox, Bivouac of the Dead by Theodore O’Hara, and The Old Man’s Motto by John Godfrey Saxe. What is your favorite poem?

4. Believe it or not, I used to be somewhat shy when I was younger (at least around strangers) and didn’t have much self confidence. I used to slouch in an attempt to make myself as small as possible. I’ll never forget my mom telling me to stand up straight and “take up space!” It’s good advice that I still remember if I’m feeling nervous. What is a piece of wise advice that your parents have given you?

5. & 6. My parents have had to choose quite a few names over the years! Something that has proven helpful in generating name ideas is our family tree. 7 out of 8 of us have at least one family name! Are you named after anyone in your family tree? Would you consider using any of your ancestors’ names for your children?

8. As y’all know by now, I love history. I especially love learning from the lives of people in the past. My heroes include Abraham Lincoln, Sergeant Alvin York, William Wilberforce, and Amelia Earhart. Who is one of your heroes from the past?

9. I don’t know why, but I’d really like to visit Tennessee someday. Maybe it has to do with the combination of Civil War history and nature. What state would you most want to visit?

10. If you could live in a world from a book what would it be? Mine would probably be Narnia, but that’s a really difficult question! 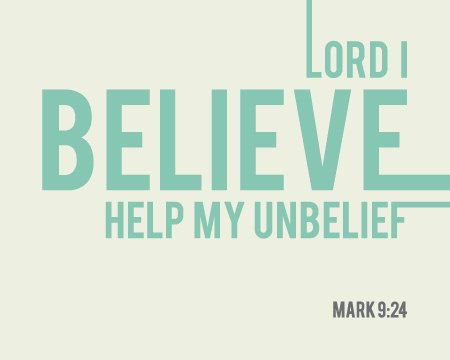 One thought on “Summer Sunflowers”